Products: Mandolino® of the Montefeltro Area

Mandolino is a seasoned pork shoulder. In the initial processing, the least noble parts are removed because they are characterized by a lot of non edible nerves.

This process allows an optimal maturation  since the size of meat is more homogeneous and suitable for aging.

Slaughtering of  grown heavy pigs, weighing at least 200kg.
Hot cutting of the foreleg from the pork trunk.

Cutting of the shoulder giving preference to the lean part and bone joint up to, and including, the leg , the covering fat and its rind.
Removal of the scapula and part of the lean  with fat and rind under it.

Cold trimming the weight at the salting phase varies from 6 to 7,5 kg.

Salting  at a temperature +3° / +5°  and at a controlled humidity level of 90% with coarse sea salt from  Cervia , black pepper and garlic.

Salting time: 4 to 6 days, depending on size

Removing salt: after the removal of the residual salt , the legs are put  to rest in the same room for 20 more days ( ham-assimilated salt will spread   uniformly  by osmosis)

Washing: hams are washed with warm water and white wine

“Larding”:  the parts of the ham free from the  rind are greased  with pig lard, flour salt and pepper.

For a correct  cut and preservation of the Mandolino , click here or on the descriptive images at the end of the page. 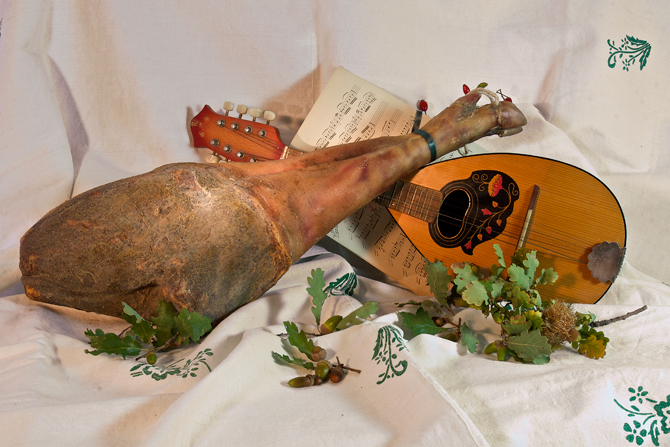 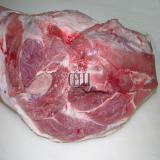 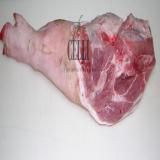 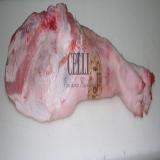 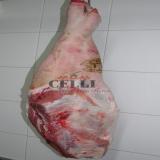 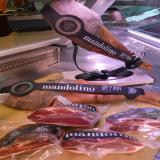 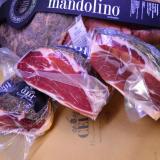 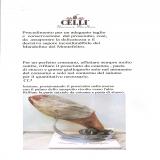 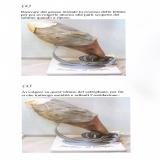 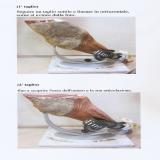 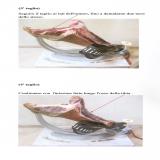 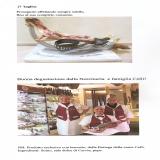